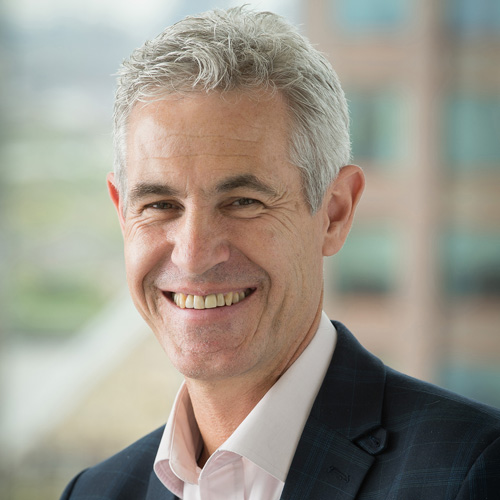 Graduating from Oxford University in 1983, Sam Parker started his career in business, working for 6 years in the agrochemical industry, with a focus on Latin America. After a two-year break, working as a volunteer with street children in Sao Paulo, Brazil, Sam returned to business with 11 years at a UK-based commodity trading company. Following posts in London, Caracas, New York and Singapore, Sam was appointed Managing Director of the company’s Asian business. In 2002, he returned to the development sector with a role at the International Save the Children Alliance, leading the organisational development of its 30 national members. 2006, Sam joined Water & Sanitation for the Urban Poor (WSUP), as its first CEO. WSUP is a not-for-profit company, which brings together private sector and NGO expertise to address the pressing global challenge of delivering water and sanitation services to the growing number of people who live in urban slums.

In 2014, Sam won a Skoll Foundation Award for Social Entrepreneurship. In 2015, Sam was appointed Director of the Shell Foundation, which co-creates and fosters the growth of social enterprises in the renewable energy, mobility and SME finance sectors.