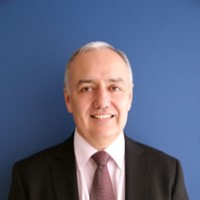 Juan Carlos Paiz is the Co-Founder and President of Pani-Fresh, an industrial bakery with 300 employees that exports to 20 Latin American countries.  Pani-Fresh won the Award for Best Exporter, as well as for Best Manufacturing Business in Guatemala, in 2011.  Juan Carlos Paiz also is the former President for McDonald’s Supply Chain Latin-American Counsel, which encompasses 800 providers.

He has also served as Guatemala’s Presidential Commissioner for Competitiveness, Investment and Millennium Challenge Corporation. He has developed a national strategy for attracting investment and promoting exports, and has personally led a development proposal to augment the annual economic growth of Guatemala.

Commissioner Paiz has been a Professor at the Faculty of Economics at Universidad Francisco Marroquín and is Regional Director for the Dutch Cooperation Agency ICCO for Central America and Haiti.  Mr. Paiz co-founded and became President of the Fundación Proyecto de Vida “GuateAmala” which aimed at improving the attitude of Guatemalans and coordinated community activities that empowered citizens.

Juan Carlos Paiz is also former President of the Guatemalan Exports Association (AGEXPORT) and the “Central American Federation of Exporters” (FECAEXCA) and the “Coordinating Committee of Guatemalan Chambers” (CACIF), as well as a member of the Board of Trustees of “FUNDESA” (Foundation for Guatemalan Development) and is part of the program “Guatemaltecos Mejoremos Guatemala” a private sector proposal that fights aggressively against poverty.

Juan Carlos Paiz was born in Guatemala. He holds a bachelor’s degree in industrial engineering from Texas A&M. He also holds a Master of Business Administration from INCAE Business School and a Master’s degree in Productivity from Universidad Francisco Marroquín.