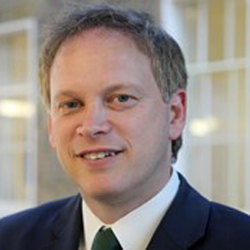 The Rt. Hon. Grant Shapps was appointed as Minister of State at the UK Department for International Development on 11 May 2015.

He was elected at the Conservative MP for Welwyn Hatfield in 2005.

In September 2012 he was appointed as co-chairman to the Conservative Party. At the same time he held the position of Minister without Portfolio at the Cabinet Office.

He is married with three children.